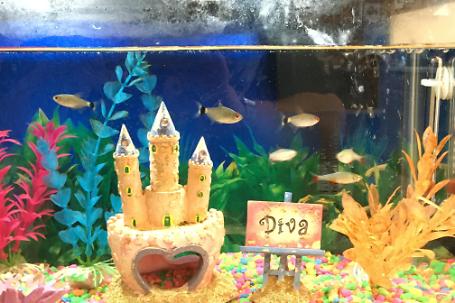 This tank used to house four young goldfish, but we moved them to a larger aquarium so they could grow properly. Now we've moved in a small mixed community of tropical fish. 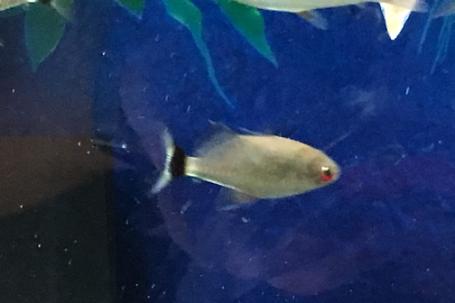 They're getting big! added 4 years ago

Now, with tropicals! added 4 years ago

The kit came with a standard filter appropriate for a 10 gallon tank, but I think they were assuming tropicals. When we had goldfish in the tank, I added a second sponge/bubble filter in the tank, both to have more of a bio filter, clear more waste, and aerate the tank a bit more. That filter remains for this new tropical incarnation of the tank.

The tank kit came with LED lights across the top. They work well enough, especially since we have no live plants, and we have a separate heater. Schedule? We turn them off when we go to bed and turn them back on in the morning. 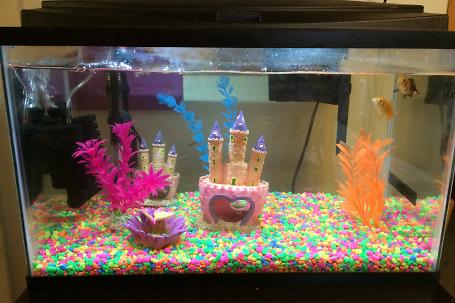 14 activities in the last year

Inspiration: We didn't quite realize the limitations of goldfish, that we could be constrained with a single-species tank. We love our goldfish, but we would also like to have some variety.

Goals:
- [DONE] convert the tank to tropicals now that the goldfish are out
- [PARTIAL - still need the gourami] have a mixed community with some schooling fish

My only regret right now is getting a 10 gallon aquarium. I had no idea how limiting this would be to stock. A 20 gallon would have been much more flexible and beginner-friendly. 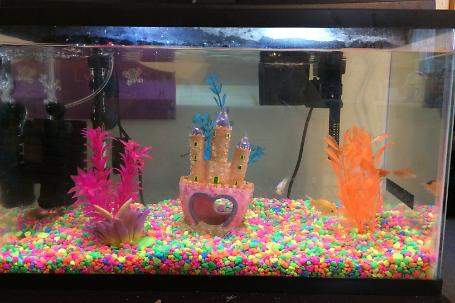