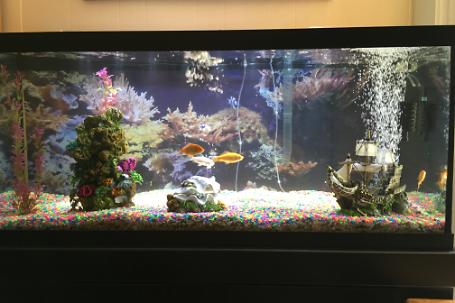 Imagine my surprise when my daughter came home from Family Night at school with a carnie goldfish and $80 worth of aquarium supplies my wife picked up on the way home. Then still more surprise as I did the research and found the 1 gallon aquarium was woefully undersized for a goldfish, and she wanted to buy another!

A few days later we went out and got a 10 gallon starter aquarium kit (which is by all accounts still undersized for two goldfish), a stand, a few more odds and ends, and a second fish.

Then, once the tank cycled, we somehow got wheedled into buying two more fish, for a total of four. Reading up, I found that wasn't good, so we bought a new 75G home so the goldfish can grow properly, then waited eight months to set the thing up! 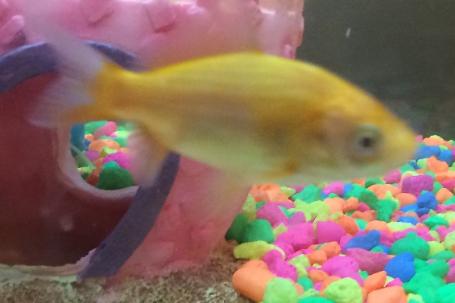 Since this tank has goldfish, I used an oversized filter, meant for a 110 gallon tank. Hopefully this will offset the grubbiness of four goldfish without having to use a supplemental filter. 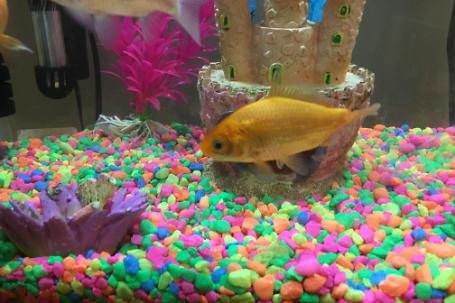 The tank came with an LED lighting strip with blue and white LEDs. Right now we're running the default program: blue light starting a 7AM, blue and white from 9AM-8PM, blue only from 8PM-10PM, then all lights off from 10PM-7AM. I think that's the program. I'll fix this if it's not.

Broccoli
One pinch of TetraFin Goldfish flakes twice a day, morning and evening. 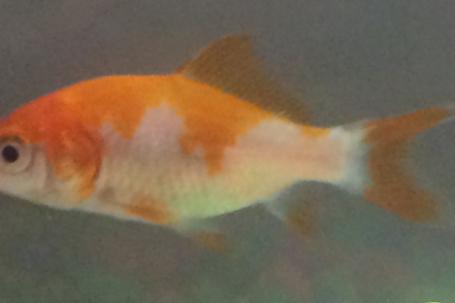 11 activities in the last year

Goals:
- get the damn tank to cycle before it kills off the fish! DONE!
- keep four goldfish thriving in a crowded aquarium for a year until I can get them new digs DONE
- watch these four fish grow in their new, happy home 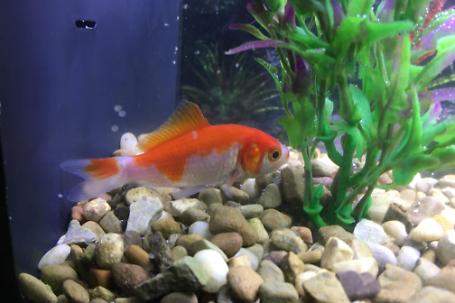 From the old tank:

* Getting saddled with goldfish in the first place, when we probably would have preferred tropicals. We just thought fish were fish. We didn't realize it's not a good idea to mix them, and that goldfish can actually be harder than beginner tropicals.

* Not doing a good job of rinsing the aquarium gravel before I put it in. Cloudy water for a while.

* Not having the time to properly cycle the tank. Our poor comet goldfish lost its tail to fin rot and suffered ammonia burns, and I feel terrible about that. Still, the little sucker is hanging in there and is now very active and enjoying life, so we'll not get rid of it just because it's maimed. (It's learned to use its body to take the role of the missing tail.)

Since moving to the new tank:

* So far we've had no disasters or regrets. Fingers crossed for this to continue. 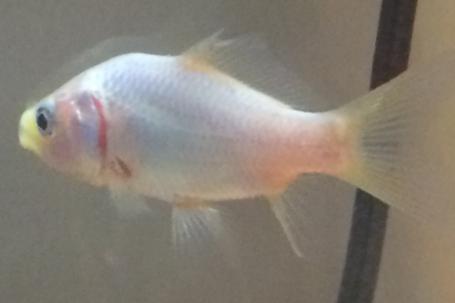