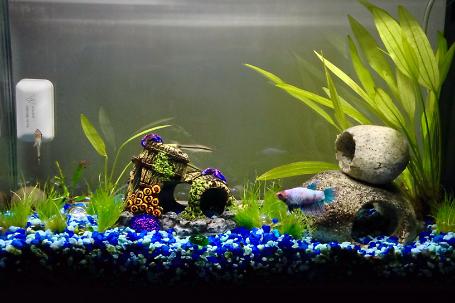 The main occupant of this aquarium, a betta named "Fishy," was given to my daughter by her grandparents in July 2012. This is his second "upgrade." The first upgrade was from his tiny .25 gallon container to a 3 gallon (which has been repurposed as my saltwater Pico Tank).

9/5/15: Replaced original stock light with new version; most of the LEDs on the original had burned out/failed over the past year; new light is identical *but* now has a shield protecting the lights from water spray