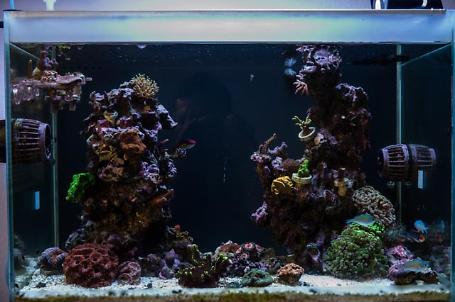 I never got around to filing up the detail sections when I started the tank. Anyways after 6 months of running my tank crashed.

I was away from home and came back to a disaster.The issue is a siphon on the doser which dumped ALK (around 75 ml) into the tank pushing ph to over 9.5.

Result:
Of the 6 fish - 3 were dead and unfortunately I cannot find the other 3 so I presume all 6 died. All Acro's have STNed completely so not sure how may will bounce back, Acans, lepto, Zoa, hammer, green monti will make it I think. I have some corals which grew into the rocks so pretty much they will not make it. I have taken all corals which I could and put in my 6 gallon tank.

I had the doser and the containers above the water line of the tank so that may have caused it. The end of the dosing pipe is at least 1 inch above water when the return is turned off and the back chambers fill in.

I don't suspect it is a doser issue - since I tested it 10 times before i set it up. I just tested now and it still works fine. I am not sure how it could siphon.

Action Plan:
NOT Giving up yet : I will be pretty much starting from scratch so I have siphoned the back chambers, cleaned equipment etc.
I have changed 10 gallon of water and will using Seachem salinity for stability while it goes through these changes. Not sure if it gong to be a new cycle but will watch.

only 1 fish survived and all SPS and majority of the LPS did not make. I changed all the water slowly overtime and have overtime slowly replaced the sand. I used prime to help if any mini -cycle but I did not observe any. I was able to get the tank back to a stable state after 3 weeks where parameter remained stable. 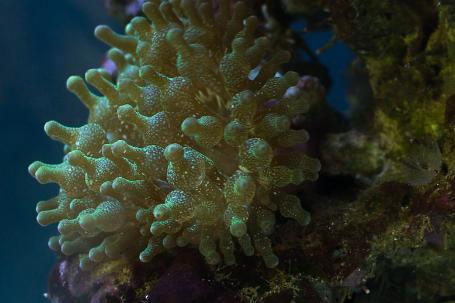 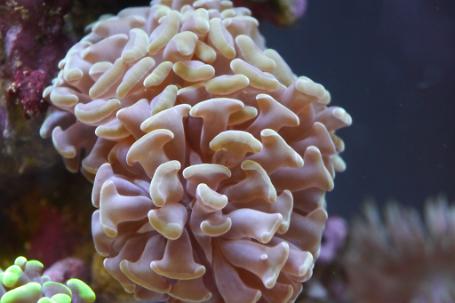