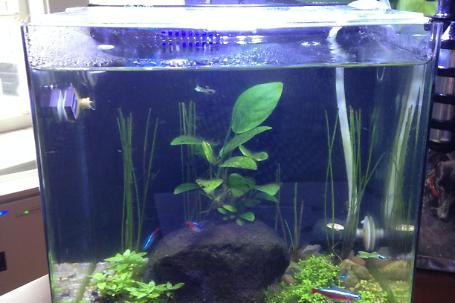 I had my old aqueon evolve 4 sitting around and decided to repurpose it as a planted tank for my office. I'd love to have a saltwater tank at work, but dealing with RO/DI and mixing salt at work is a bit too much, so I've settled on this.

I've taken some lava rock and an anubias from an old 10 gallon el natural tank that I'll be breaking down. After years, the tank has only a single cardinal tetra left, so I'm going to give him a new retirement home.

I've got some more plants on the way, and I'm going to set this up as a bit of a high tech tank using what i learned from walstad style planted tank. I'll be using CO2 injection from the start. 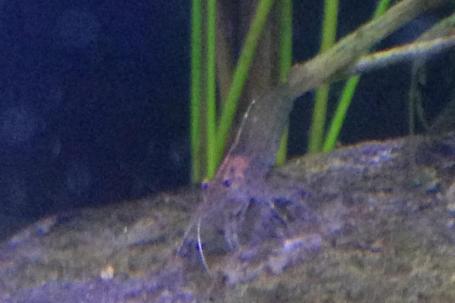 Also added some Seachem matrix, and a large lava rock. In my previous El Natural tank, the lava rock really seemed to work well as a denitrifier. I'm not sure why it's not as popular in freshwater circles. I've brought over a "live" lava rock from previous tank, so hopefully it should get things seeded.

Purigen and filter pads in the back compartment to keep the water clear. Hoping the purigen can keep the yellow tannins at bay. 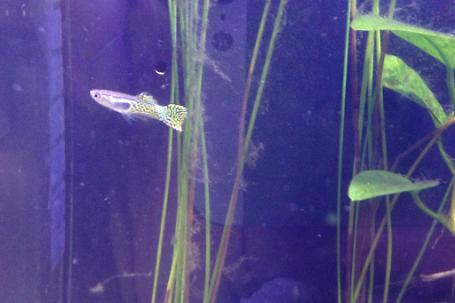 EcoPico LED 12K strips. Two of the strips each have a 453nm Blue led. The 453nm strips were left over from the reef tank, and i'm not sure how they'll look and perform for this planted tank going forward, but with 4 strips that grew coral like a champ, they should have no problem with some plants.

I've found that the 453nm Blue leds seem to really made the iridescence on the tetras pop! 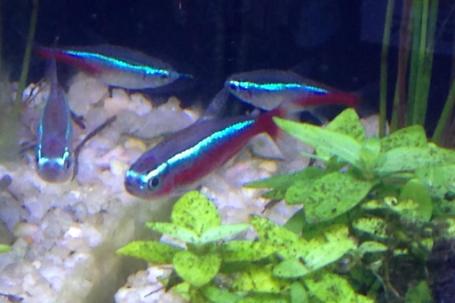 Just the sump pump that came with the aqueon evolve. I've put a little bit of course sponge filter in the outlet to slow down the flow a little since the tetras seemed to be fighting against it. 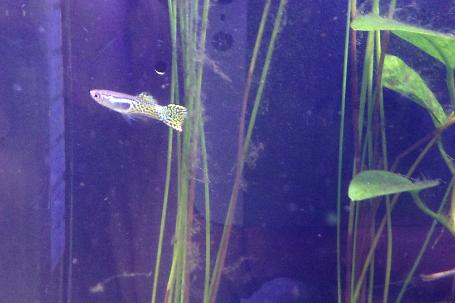 Will also be dosing Seachem Flourish Ferts. It's fun to add phosphate to a freshwater when I have try so hard to keep it out of my reef tank! 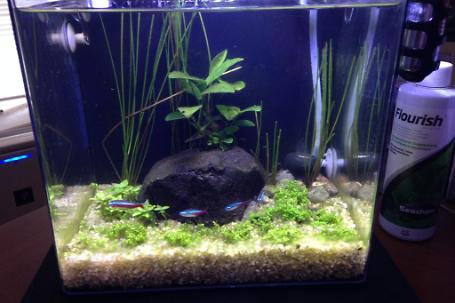 With my previous Walstad El Natural tank, I learned the less mucking about I did, the better and happier all the fish and plants were. In this setup however, I'll be EI dosing ferts, so I'll have to do weekly water changes to keep params in check. However, with 4 gallons, it's easy to do a 50% water change using a cup!.

Going to try and bring in some RO/DI from home to keep around for top ups, and then use tap water for water changes.

With CO2 injection and ferts, I'm assuming I'll have to do a fair amount of plant trimming as well. 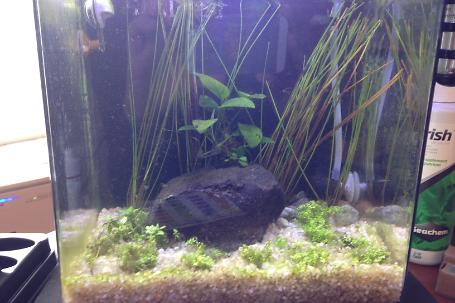