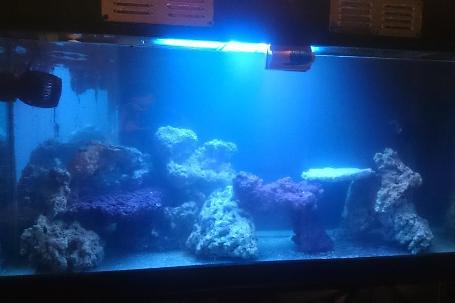 On average you perform a 11.7% water change every 9 days.

At a salinity level of 22ppm, adding 1kg of salt increased reading by 3ppm. Further additions of 2kg appeared to raise levels by 4ppm.

Testing process' were crude and times between measurements were not constant. Requires further investigation once aquarium has stabilised from addition of new equipments.

Durso standpipes: You MUST oversize the pipe relative to your bulkhead size. If not, you will be plagued by continuous flushing and/or bubbling sumps. Playing around with air-hole sizes on top cap, outlet pipe depth and air pressures will allow for minor improvements in the system but to actually have a properly functioning, SILENT, siphon; oversize the pipes and use a reducer coupling at the bulkhead.