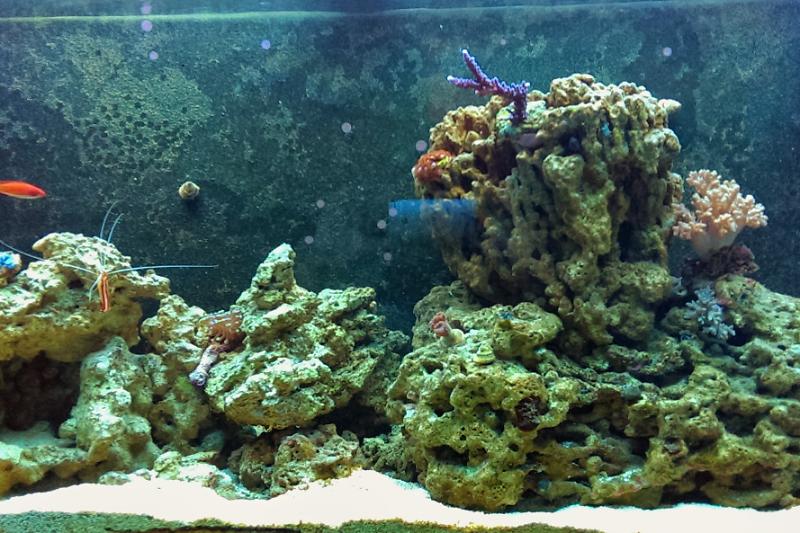 This is my first reef tank. I've had freshwater tanks for most of my life and recently decided to move into the world of saltwater. After doing research for a few months I decided that a 55 gallon tank would be the perfect balance between stability and not having to sell a kidney to afford.

My main goal is to have a diverse reef environment with peaceful fish, various reef safe inverts, and a selection of corals. Something beautiful and interesting that will be the focus of the room. 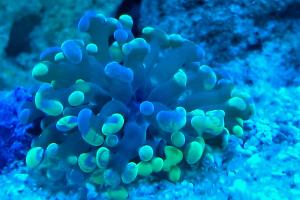 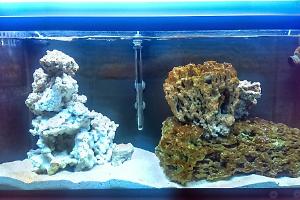 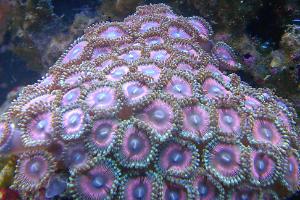 I'm using a filter sock to catch any large particles as water flows into the sump. This is cleaned every week and replaced every two months. I also use the Eshopps PSK-75 skimmer. It works well enough. I empty the cup every 1-2 days, and clean the cup weekly. I also run a few tablespoons of carbon in a BRS reactor.

Right now I have two clownfish, one bicolor blenny,a McCosker's flasher wrasse, and a diamond watchman goby. I'm debating adding a coral beauty angel but that might change. No more than six fish for this tank.

I currently have nice different corals in the tank. I'll be adding more corals as the tank ages. Next on the list is a few Ricordea mushrooms.

I also have a host of hermit crabs, snails, brittle stars, and shrimp.

Right now I'm only dosing a calcium supplement twice a week. I'll most likely upgrade to a two part dosing system in a few months as my coral frags begin to grow and the calcium demands in my tank increase.

I broadcast feed the corals with Reef Chili three times per week, usually 30 minutes before lights out, and target feed the duncan, frogspawn, and fungia corals once a week with chopped frozen shrimp.