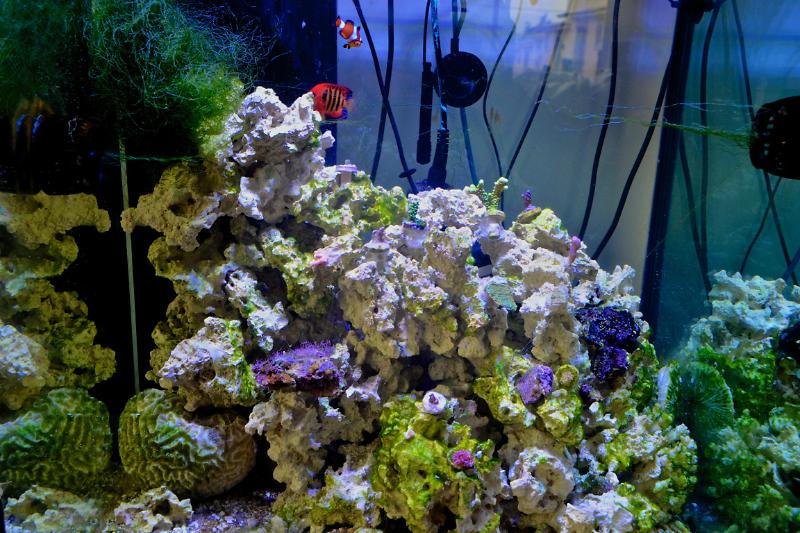 So I started with reef tanks a year ago. I took things slow and experimented a bit to get the hang of things while buying the equipment for my dream tank. I used to keep discus in a freshwater setup several years ago. After a long leave of absence I started thinking about aquariums again in mid 2012 after a chat with a friend and after a while I stumbled withe Meetrocat's and MedRed's tanks. They just blew me away.

I always wanted a saltwater tank and studied Martin Moe's and Albert Thiel's books many years ago when I was keeping freshwater aquariums around 20 years ago, but just couldn't afford a proper saltwater setup.

So now, determined to do my dream tank, even after all those years I felt I had a good grasp on the basic theory, did more research for 4 months bought every book, read every forum, went to every shop and asked questions to the point of utter annoyance of anybody that would lend an ear.

I wasn't terribly successful last year I must say, and it is very clear to me how much I yet need to learn through practical experience. No amount of reading and research will ever be enough.

At the beginning of december of last year I tore down my tank as I moved to Mexico City and now I have put my tank back into service. It's been almost a month with the tank cycling and so yesterday I introduced my first two inhabitants an Lyretail Anthias (I think) and a Canary Blenny I'm yet debating what corals I want to aim for (LPS, SPS, mixed) but I certainly have MedRed's tank in mind though I'm light years behind him in skills.

I hope you guys will appreciate my tank and please comment on any mistakes you think I am making. Your help will be invaluable to have a successful tank I'm sure.

Other than liverock, filtration system is composed of two reactors: bio pellets and activated carbon/GFO and a Vertex Omega 150 Skimmer. The first couple of months I was just running the activated carbon and bio pellets but my phosphates were high and had an algae outbreak. I then added GFO and phosphates as well as nitrates remain at 0.00 measured with Hanna checker and Red Sea Nitrate Pro. I'll be changing the Reef Interest All-In-One Biopellets to see if I can do without GFO.

On average you perform a 9% water change every 8 days.

I was especially inspired by MedRed's tank (www.nano-reef.com/featured/_/2012/medred-r62). I hope to achieve a quarter of what he has done.