Search Species
sudhirbits's Crypto
Your error message goes here...
Regular water change. Scrubbed the mechanical filtration sponges. Added a new filter sponge.
View September 15, 2020 14:30
Adjusted the landscaping in the front of the tank. Filter inlet changed to add a longer tube. Rocks were scrubbed. Some algae was pulled out.
View May 1, 2020 10:49
Observed spawning behaviour in the black neons. The fishes were swimming aggressively. The male was chasing and rubbing against the females following by twitching and somersaults during which the females released the eggs. Unfortunately for me the eggs were all devoured by the lemon tetras. The tank was at 29 degC and 320 TDS. There has been no water changes recently.
View April 26, 2020 06:38
Floating plants harvested from Drifthorn has been introduced into this tank. Before introduction these plants were dipped into a snail killer and parasite killer just to make sure that no unwanted critters are being introduced. The plants were made to sit for day and rinsed well before adding to this tank.
View April 26, 2020 06:36
Crypto is my 10 Gallon tank that is scaped in a triangular layout.
This tank is so much of a failure that 90% of all plants have perished in this tank.
All plants except for my Crypts. I have three types of Crypts in this tank.

The parva was supposed to be a low tech carpeting plant, but beyond melts and algal blooms its just held on.
This tank had Amano shrimps at one point in time, but with every water change the Shrimps were dying.
I believe the tank was just not mature enough and I pulled out all Amanos out of this tank.

Today I moved in a set of culls of my Red Cherry Shrimps (RCS) from Planted Nano to this Crypto tank.
The Crypto has 12 nos of Lemon Tetra apart from 6 nos of Black neon tetra and one Zebra Netrite snail.
The water params are almost the same as Planted nano and movement was easy, did not acclimatise at all.

The tetras were quite curious on the critters that were being introduced, but apart from an occasional brush, they did no harm.
So far so good. This tank has very little plant cover at the movement, but has tons of algae that the cherries can feed on.

A picture of one of the newly introduced RCS in this tank. 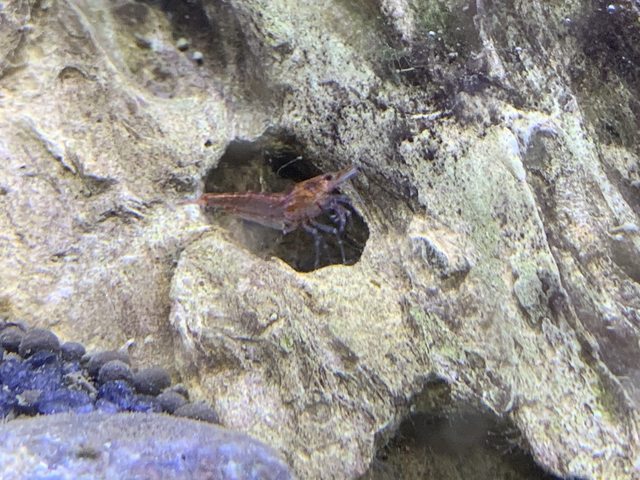 View April 21, 2020 17:40
Moved some of the cherry shrimp culls from the Planted nano to this tank. Need to be cautious since the smaller sized shrimp are attached hungrily by the tetras. The bigger ones are left alone. It remains to be seen how these culls fare. This also determines this tanks capability to carry strains of cherry shrimp.
View April 21, 2020 15:16
Trimmed the crypts. Removed all the algae covered leaves. Brushed the algae off the stones. Did a 10% water change. 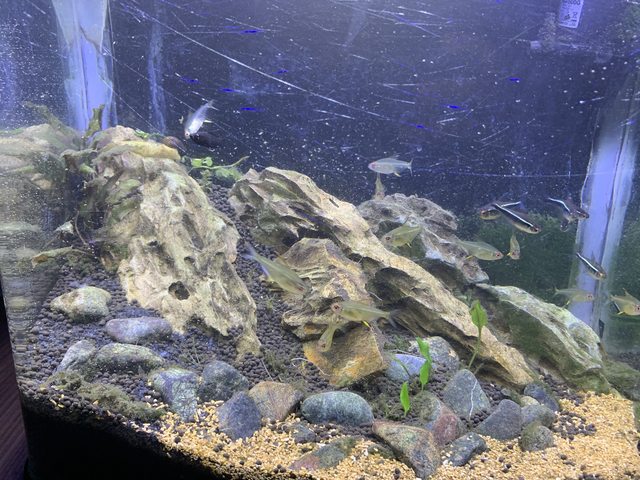