Welcome to the Deep Sea. The Deep Sea is an environment where various unique sea creatures live and the darkness takes over! The deepest point in the world is the Mariana Trench located about 200 km east of Mariana Island. It’s depth is a whopping 11,034 meters. Many Deep Sea creatures produce their own light. This process is called bioluminescence. Others have freakishly long and sharp teeth to chow down their prey. The Deep Sea is one of the largest ecosystems in the world. It's also one of the most diverse.

Anthropogenic (human) impacts (positive and negative) Humans have many effects on the ocean. Both negative and positive. People harm the ecosystem by pollution and overfishing. This harms the survival rate of marine life. They also help protect the ecosystem though. They remove trash from the ocean and help conserve endangered species.


Ecosystem - a biological community of organisms that interact with each other
Community - Interacting group of various species
Population - organisms of the same group or species who live in a particular area and are capable of interbreeding
Symbiosis - close and long-term relationship between two different biological species
Parasitic - organism that lives on or in a host organism and gets its food from or at the expense of the host
Commensal - long-term biological interaction in which members of one species gain benefits while those of the other species neither benefit nor are harmed.
Mutualistic - association between organisms of two different species in which each benefits.
Limiting resource - resource or environmental condition which limits the growth, distribution or abundance of an organism or population within an ecosystem Interspecific competition, form of competition between different species of the same ecological area
Intraspecific competition - competition between the same species competitive exclusion - the inevitable elimination from a habitat of one of two different species with identical needs for resources.
Resource partitioning - when species divide a niche to avoid competition for resources coevolution, the influence of closely associated species on each other in their evolution.

Benthic - refers to anything associated with or occurring on the bottom of a body of water planktonic, for example—the pelagic zone of oceans, seas, or bodies of freshwater.
Nekton - or necton, from the Greek nekton meaning "to swim", refers to the actively swimming aquatic organisms in a body of water.
Autotrophs - An autotroph or primary producer is an organism that produces complex organic compounds using carbon from simple substances such as carbon dioxide
Heterotrophs - an organism deriving its nutritional requirements from complex organic substances.
Primary Producers - a primary producer converts an abiotic source of energy into energy stored in organic compounds, which can be used by other organisms
Consumer - consumers in a food chain are living creatures that eat organisms from a different population.
Food Web - A food web is the natural interconnection of food chains
trophic level, The trophic level of an organism is the position it occupies in a food web
trophic pyramid, , the basic structure of interaction in all biological communities characterized by the manner in which food energy is passed from one trophic level to the next along the food chain.
Niche - a niche is the match of a species to a specific environmental condition. It describes how an organism or population responds to the distribution of resources and competitors and how it in turn alters those same factors.

Mesopelagic - also known as the middle pelagic zone,ist a part of the pelagic zone that lies around 1,000 meters of water.

Bathypelagic - The zone that lies after the mesopelagic zone and this zone receives no sunlight and has considerable water pressure, this zone lies between 1000 and 4000 meters.

Abyssopelagic - This zone lies around 3,000 meters and 6,000 meters this sone nicknamed the bottomless zone and is in perpetual darkness 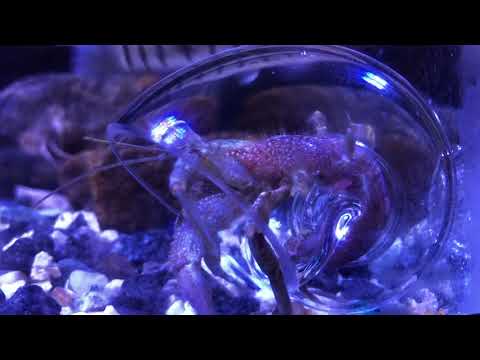 32 activities in the last year


Hadal - this is the deepest region of the ocean it lies from 6000 meters to11000 meters and is mostly only seen in oceanic trenches pressure can reach up to 16000 psi which is 110 times the pressure on the surface and no light ever reachers and it's a constant 4 degree celsius.

Hydrothermal vents - openings in the sea floor that heated mineral-rich water flows from, are important because scientists study these to see how the ecosystem below changes and how life on earth could have begun.

Thermohaline circulation - a part of the large-scale ocean circulation that is driven by global density gradients created by surface heat and freshwater fluxes
thermocline, the conjoint effect of temperature and salinity in water


Bioluminescence -
the biochemical emission of light by living organisms such as fireflies and deep-sea fishes.
deep scattering lay, a layer of the sea consisting of mammals
Chemosynthesis - is the synthesis of organic compounds by bacteria or other living organisms using energy derived from reactions involving inorganic chemicals, typically in the absence of sunlight.


When in the ocean we only think about life from the surface. However there is so much yet to be fathomed and discovered. Life in the Deep Sea is quite interesting to say the least. Since there is absolutely no sunlight, fish and creatures had to adapt early on. Another adaptation for these animals is to live in frigid cold. Many of these creatures have clear see through bodies so that they can hide in plain sight. While the rest have gaping jaws and mouths.